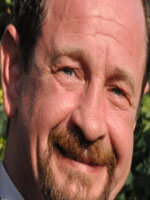 Bill Stoneking is a critically acclaimed Chicago based screen actor, voice-over artist, comedian as well as writer, director and producer.

Born in Oak Park, IL to parents William Andrew Stoneking Sr. and Yvette Doreen Dube, Bill grew up in the suburbs of Chicago and graduated from the Columbia School of Broadcasting in 1988. Aside from the big and television screens, Bill’s voice has been heard nationwide and internationally on radio, television and the Internet.

A published author “The Diary of a Patient Man, A Father’s Struggle” (297 pages), and loving father, Bill also provides the voice for the nationally syndicated television shows, “The Merge” and “The Merge Outloud as well as is the voice of “Pure Stock”, a mid-western racing program. He is also the voice of El Monte RV, your vacation home on wheels.

As to his voice talent, Bill has done numerous voice-overs and does numerous character voices and dialects and can be heard as the voice of the animated character of “Juan Phillipe (Latin)” in the film, “Burning Tale of Desire” from Mati Media Productions. He is currently “The Voice” of DJ International Records, Radio and Television, as well as the narrator for “Pure Stock” a Midwestern racing docu-soap and the nationally syndicated television shows, “The Merge” and “The Merge Outloud.”

In addition to his acting and voice talents, Bill is also an accomplished writer, director and producer that has produced two movie shorts, “Spy Town” and “Milk Man” and produced his first full length feature, “Divorced Dudes” in 2010 and is scheduled for release October 19th, 2012.

And rounding out his talents, Bill is also a professional stand-up comedian that performs around Chicagoland when his busy voice and filming schedules permit.

To order memorial trees or send flowers to the family in memory of Bill Stoneking, please visit our flower store.