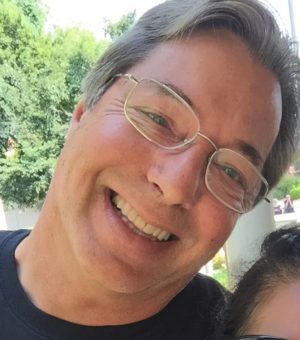 Gregory J. Blohm, age 59, passed away February 2, 2016. Born in Lyons, IL. At age 12 the family moved to northern Michigan where he graduated from Onaway area High School. After graduating, he went to Northern Michigan College in the U.P. followed by 4 years active duty as a M.A.S. H. surgical tech followed by 18 years in the Army reserves in Alaska. During his time in Alaska he very much enjoyed where he worked as a tech for one of the large oil companies. He was also an avid hunter, fisherman and water skier. He came back home to Michigan in 1999 where he built his home. In 2013, he sold his home and based himself at his sister Lyn’s home in IL where he worked extensively in the music industry for C.J. Curtsinger and C. J. Star Busses for Stars in Nashville, TN. He was the loving son of the late Wesley J. and the late Martha R. (nee Tuscher) Blohm, beloved husband of Marilyn (nee Sedeno), cherished step-father of Casper, dear brother of Lyn (Greg) Stukalo, Janis (Moe) Blohm and Peggy (Glenn) Walters, fond uncle of Amy, Katrina and Eric. He will be truly missed by many friends and co-workers. He was a man of service and character. Our loved ones go from us to God and God is very near. Visitation Monday, February 8th, 10:00am until time of funeral service, 12:00pm at Kuratko-Nosek Funeral Home, 2447 S. DesPlaines Avenue, North Riverside. Cremation private.

To order memorial trees or send flowers to the family in memory of Gregory Blohm, please visit our flower store.