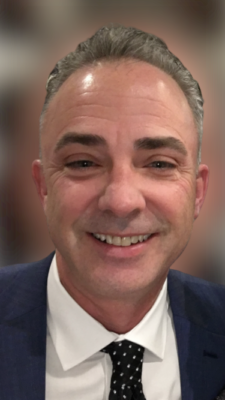 Keith William Stirrat was born January 9th, 1968 to Dan and Anne Stirrat in “The Center of the Universe,” Berwyn, Illinois. Keith was the middle brother of the Notorious Stirrat Trio, flanked by older brother Dan, and younger brother Glenn… a trio that took great pleasure in tormenting the firstborn Stirrat sibling, Laura.

Keith went on to great fame on the streets of Berwyn, becoming a young paper route kingpin, his first and probably favorite job. He loved playing lob league pickup games at “Clark Park”, one of the many freedoms bestowed upon children who grew up in the seventies, with a mother tired of having three hooligans careening through her house. In high school, Keith became infamous for his exploits on and off the soccer field. Being an average student, with a quick wit and a smart mouth, earned Keith both the ire and affection of most of his teachers. Keith honed his Nicknaming talents in college at Illinois State University, making lifelong friends with names like Phantom, Slouch and Goof. He never used his Bachelors degree in Political Science, unless it was for the purpose of an argument. Working too many jobs over the years to list, but a brief sampling would include: driving a limo; a phlebotomist for the CDC; and Management for Food Distribution. Keith worked hard and took great pride in his work ethic.

The only things Keith loved more than arguing were his wife Mattie, and his daughter Hannah. His love for them manifested through numerous nonsense songs, written in the spur of the moment yet sung for years with unique, evolving choreography. He encouraged Hannah to be the best at every sport she tried and was happy to give her “helpful hints” from the sidelines. Though Keith seemed to take great pleasure in frustrating and irritating his two favorite girls, he never let his wife or daughter leave the house or hang up the phone without saying “I love you”.

Keith never met a stranger he couldn’t engage, often having meaningful conversations in public places with a person he did not know and would never see again. It surprised no one to hear of Keith giving a person released from jail a ride in the middle of winter because he saw the kid walking without a coat. People rarely had to ask Keith for help because he just offered his service when he overheard their plans.

A lifelong Blackhawks fan, and a recovering Sox fan, who saw the error of his ways and later in life became a Cubs fan. He enjoyed watching professional sports: football, baseball, bowling and soccer if only to have fodder for future arguments. Fishing was his happy place. Keith considered himself the former “World Class Biggest Splash Champion” having recently, unwillingly relinquished his title to Jackson Chadesh. He loved watching his nieces, nephews and cousins excel at their chosen sports. He took personal pride in his Goddaughter, Brianna, going to state for soccer…even dubbing her the “Best Stirrat Soccer Player of All Time”.

Keith leaves behind his wife, Mattie, daughter, Hannah Stirrat and her fiancé, Jeff More; Mother, Anne Stirrat; Sister, Laura, her husband, Jorge Zavala and son, Andres; Brother, Dan, his wife Jennifer and their three beautiful daughters Halee, Brianna and Ryan; Brother, Glenn, his wife Jenny and their three young children Gus, Wren and Bowie and Brother-In-Law, Jay Loomis, his wife Kim and their wrestling sons, Finn and Sawyer. Aunts, Uncles and Cousins too many to mention but so very important to him. He is preceded in death by his beloved father Dan, his God-parents, Aunt Susan and Uncle Jimmy Stirrat and both his maternal and paternal grandparents..

Keith would never want us to remember his last day…so take a moment to celebrate the time you spent with him; the inside joke he brought up every time he saw you; the random rant he subjected you to; the opinion he gave whether you requested it or not; the dance he dragged you into; or the tear-inducing laugh over nothing. Please forgive him for his final Keith Sneak.

To order memorial trees or send flowers to the family in memory of Keith Stirrat, please visit our flower store.